Belmont University in Nashville, TN has opened a new Performing Arts Center with three water features.  The  long octagonal central feature is flanked by two smaller fountains. The central feature is approximately 78 feet long by 20’-9” wide and contains three banks of nozzles. Each bank of nozzles contains a central 3” cascade nozzle (operating at 10’-0”) surrounded by four 1-1/2” cascade nozzles (operating at 4’-0”). One pump controls all three of the 3” nozzles while a different pump controls all of the 1-1/2” nozzles. Each bank is illuminated by an independent group of freestanding RGBW LED lights.  The four outer lights for each bank operate independently of their center as well as the other banks. The center three likewise operate separately from the lights surrounding them.

All three fountains are independent of one another, though the pumping systems for all three are all located in the same equipment room. The equipment consists of  two U.L. Listed Control panels for the pumps and lights, three fill manifolds, and five pump skids. The two primary pumps for the central feature are each paired with a Variable Frequency Drive (VFD) to allow the nozzles to rise and fall in groups while all three fountains are provided with a heater so that the fountains may be run year round. 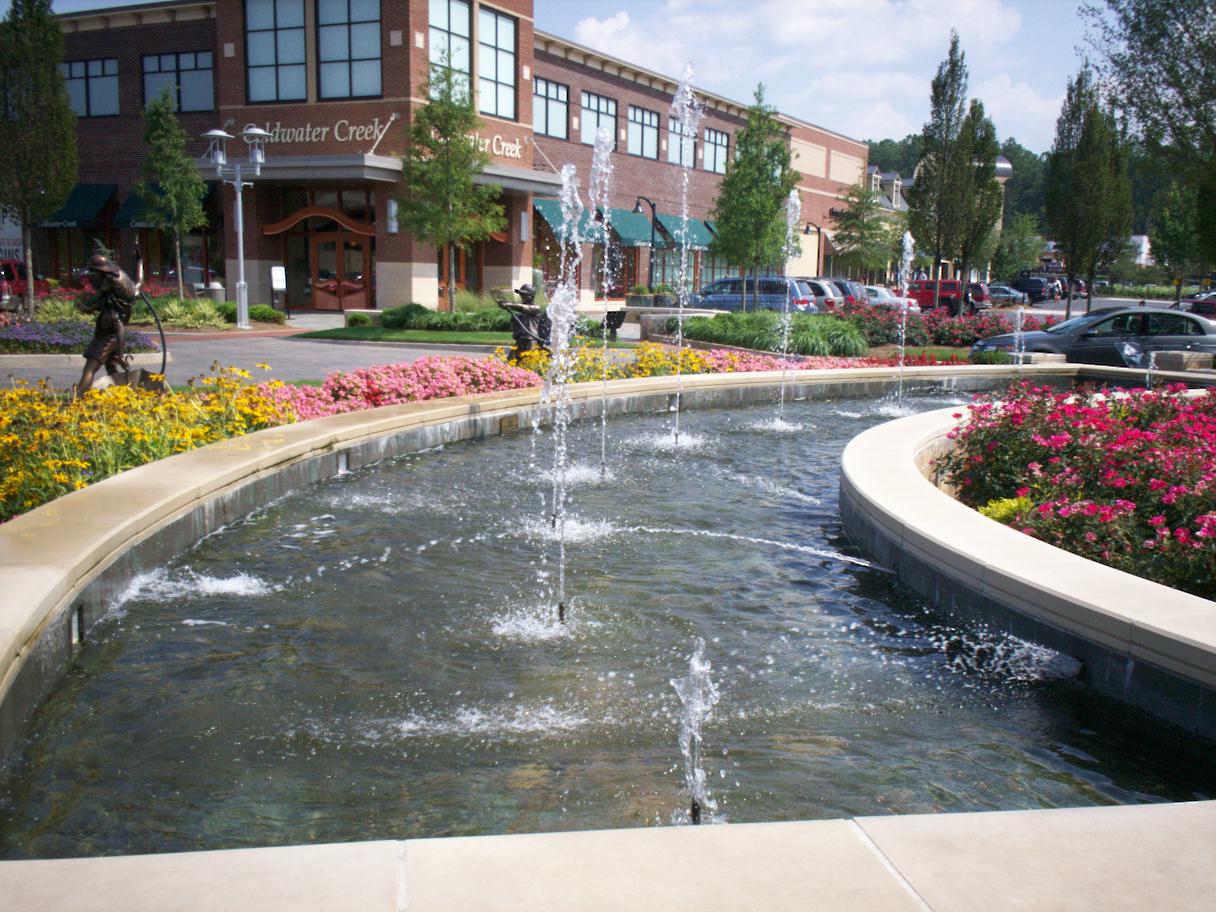